How to Balance Chakras: A Beginner’s Guide

It is apparent that the seven chakras are the center of the body.  The reason is that these chakras actually do provide energy to the rest of the body, thereby resulting in overall optimal health and wellbeing. Thus, it is imperative to balance the chakras in a bid to achieve optimal health. Recall that your health will suffer both when the chakras are open and spinning too quickly as well as when they are close and moving slowly. There are however many benefits associated with balancing the chakras, but we won’t go deep into that today. This article rather focuses on how to balance chakras and the things beginners can do to balance the different chakras. Now, let’s look at them in the subsequent paragraphs;

How to Balance Chakras: Guide to the 7 Chakras 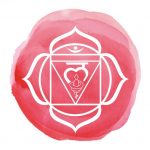 The first chakra, which is also known as the root chakra is generally connected to the feelings of security and basic survival needs. This root chakra, which is physically red is located at the base of the spine. It however also corresponds with the first three vertebrae, bladder, and colon. When the root chakra is balanced, we often feel safe and the reverse is true once it is out of balance as we turn to feel insecure and untethered. Well, the best ways to balance this chakra is by wearing red, eating red and spicy food, walking bare footed outside as well as dancing. 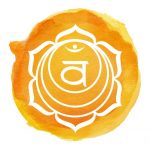 The second chakra is called the sacral chakra. This chakra, which is located between the pubic bone and naval is generally linked with the feelings of creativity and desire. It’s orange in color and equally associated with women reproductive organs, sexual organs and the entire lower abdomen. Balancing the sacral chakra will result in the feeling of wellbeing, pleasure, abundance as well as creative expression etc. You can however balance this chakra by eating orange fruits, wearing orange, taking part in creative activities such as painting and drawing as well as indulging in hip opening exercises. 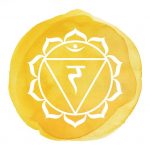 The third chakra is positioned between the navel and the breastbone. It’s yellow and also called the solar plexus chakra. This chakra is responsible for self-esteem and that explains why we feel powerful and confident when it’s in balance. To balance this chakra, we should eat yellow fruits/vegetables, wear yellow, indulge in physical exercises and even try something out of our comfort zone. 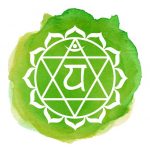 The fourth chakra, which is also called the heart chakra is green. This chakra is located in the center of the chest and associated with the feelings of inner peace, love and joy. The best ways of balancing this chakra is by wearing green, eating green foods, honoring your emotions, spending time with nature and practicing the art of forgiveness etc. 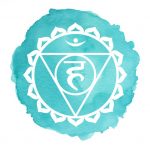 The fifth chakra which is also called the throat chakra connects us to personal truth, self-expression and communication. This chakra, which is blue in color can be balanced through singing, chanting, wearing blue, speaking the truth, drinking water, getting a neck massage or by actively listening. 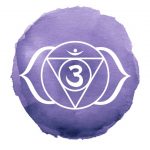 Also known as the third eye chakra, the sixth chakra is associated with intuition. This sixth chakra is indigo in color and when balanced, we feel imaginative, decisive and clear-headed. Well, this chakra can be balanced by eating dark chocolates, dark berries and foods that are generally rich in Omega-3s. Besides, wearing indigo, using your imagination as well as taking a night walk will also help in balancing this chakra. 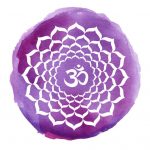 Above all, the seventh chakra, which is also called the crown chakra connects us with the spirit. This chakra is purple and when balanced, we tend to experience a strong spiritual connection. It is worthy to note that there is no physical ailment associated with the seventh chakra. Thus, to balance it, you need to meditate, pray, love and even lose your ego.

Nevertheless, it is imperative to be vigilant enough to notice the areas of the body that seem off, so you can identify unbalanced energy.