Have you ever found yourself wondering if you actually have clairvoyant abilities or not? Do some things you experience tend to point in the direction of clairvoyance but you often question the idea of it or are simply just unsure? Clairvoyance is an amazing gift that not very many are blessed with, and for those that are fortunate enough to experience the abilities that come with it, can truly benefit from all that it entails. So for those of you who don’t know or are unsure as what it actually means to be clairvoyant, let’s start off with a quick explanation of what it is. 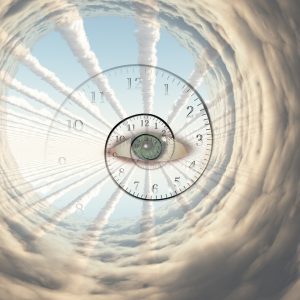 Clairvoyance, in short summary, is basically the ability to see things clearly, both internally (within the mind) and externally around you. To possess clairvoyant abilities would be best defined as a gift of intuitive sight, where you’re able to see, sense, and feel the energies around you and within others, tap into knowledge of your soul (and the soul of others), and to attain the ability to make sense of your environment.

One thing to note is that clairvoyance isn’t always as “clear” or instantaneously made known as many would think. Meaning, that discovering whether one is actually clairvoyant or not is more times than not, actually a lot more subtle than what you’d imagine it being. Unraveling the truth behind attaining the gift of clairvoyance isn’t as dramatic as what you may see on television, and honestly, the signs of clairvoyance one may experience will often be extremely subtle and just brushed off as a coincidence or that it’s being imagined when these signs do occur.

That being said, if you have experienced strange occurrences and things that have made you question whether or not you possess clairvoyant abilities and would like to know whether you really are or not, then the following list of signs of clairvoyance will help you uncover the truth.